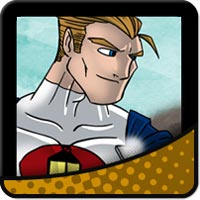 Use my invite URL to register (this will give me kudos)
https://boardgaming.com/register/?invited_by=midas
profile badges

Knight
Give 100 hearts (loyalty points) to a single game
Follow

To make the game “really” interesting. We pick out our hand but do not look at our cards. We then get the person to the left to draw two cards and place them “face down” in front of you. YOU ARE NOT ALLOWED TO LOOK AT YOUR CARDS UNTIL IT IS YOUR TURN. The 1st person then starts their Pitch before they reveals the cards. After the opening pitch has begun, the player than reveals the cards and explain the product more.
This is a very random way to play as you have no time to come up with any ideas for the product – It keeps it fresh and everyone is just itching to see what the product is.
Try it out!

This game is on our table on a daily basis. It’s one of my wife’s favourite games so we play it often, whether just the 2 of us or in a group setting. Right away you know who the “better” players are (the ones that are in every deal, orchestrating everything). It’s ok not to make deals with them and sometimes beneficial to winning this game. My wife wins almost every time. In order for me to have a chance at winning, I have to stop making deals with her or if I really want to make a deal with her I make it really hard for her to say yes so it looks like I’m not totally pushing her away.

Sentinels of the Multiverse

We have a ritual every time we play. Once everything is set up and we are about to start the game, Each player stands up and places one of their closed fist in the middle making contact with the other players. (like a huddle before a sporting event) One person grabs the Rule Book and starts reading the Go Forth, Heroes! section.

“YOU AND YOUR ALLIES HAVE BEEN CALLED TO DEFEAT THE VILLAINS THAT THREATEN OUR WORLD. IT IS TIME TO ANSWER THE CALL – JOIN YOUR TEAMMATES IN FIGHTING EVIL AS DEFENDERS OF THE WORLD… PROTECTORS OF THE UNIVERSE… (THAN EVERYONE TOGETHER) SENTINELS OF THE MULTIVERSE!!!”
– we than cheer and throw our fist up in the air…

It sounds tacky – I know. But like every team game, it certainly gets you pumped up for the game.

You can easily merge ideas for the classic console zombie game “Left for Dead” into Zombicide. It allows a change of pace and brings a new atmosphere into the game. For Example:

1)When a player gets wounded; you can add a first aid card into the deck. Allowing players to search for them. When they eventually find one, they can use it on them if they have been wounded, or they can heal someone else that has been wounded but the player needs to be in the same square in order to heal.

2)When a player dies, they can re-spawn in a “selected” room marked at the start of the game. One of the other players has to enter the “selected” room in order free them.

4)”Tank” takes the place of the Abomination. And to those that have played LFD know that when the Tank is out, there’s no escaping. The tank can pick up cars and doors (That’s if he’s in the same square) and throw them at the nearest player (if he can see you) – roll the die and if odd you get hit.

What are you playing this weekend? (Nov 20)

I was hoping to have Bottom of the 9th by Dice Hate Me Games but looks like the delivery man never made it. Postponed for next week 🙂

This looks good. Love the colours!

What are you playing this weekend? (June 12)

Finally got a copy of Splendor! I will be playing that this weekend.

What are you playing this weekend? (April 10)

Me and my crew had a Beautiful game of Zombicide!

What are you playing this weekend? (April 3)

We played Sheriff Of Nottingham… Man I can’t get enough of this game. So much fun and very engaging!

What are you playing this weekend? (Mar 13)

Sheriff Of Nottingham will be on our table this weekend. As well as Bohnanza with a few expansions. Enjoy the weekend!

What are you playing this weekend? (Mar 6)

Our gaming group brought Heroscape out from the darkness where it once slept. We have a table Set up in our shop at work (yeah, we are playing it at work) and have been playing every lunch hour. So not really playing it over the weekends but it’s pretty exciting to be playing this every lunch hour!!

What are you playing this weekend? (Jan 23)

I played Puerto Rico for the first time. It has been on my agenda for so long. Couldn’t find the people to play it. Brilliant game. We have the anniversary edition. I really enjoyed it

What are you playing for the holidays?

The holidays consist of gaming, gaming, and more gaming. I love Christmas! A lot of time exploring new and different games with friends and family. This year we enjoyed Family business, Saboteur, Bonanza, and a whole bunch of card games like ticks, rummy, and ****************. I wish we have more holidays, I love being at home and not at work

What are you playing this weekend? (Nov 28)

We took out Mansions of Madness this weekend. It was my first time playing it and I loved it. I love the story lines to each game. It puts me right into the centre of the game. Very thematic and loved the illustrations. The miniatures were not painted – would be better if they were. All in all, very fun and eventful game. Takes time to set up but if you’re eager to play there’s really no issues there.

I love this game. One of may favs. recently picked up the expansion “bohnaparte” and attempted to figure out the rules. Quite confusing and takes away the Bean trading flavour from the main game. Has anyone played this expansion or any other expansions to this game? What are some of your thoughts? Not a lot of resources on the expansions…

Sentinels of the Multiverse digital

@Tatxu – “The initial version is solo and pass & play. We’ll be working on network multiplayer for a free update!” http://sentinelsdigital.com/forum.html

Check out the forum. There is some info on that subject.

Love playing games with my family and friends. I don't have a lot of games but would love to get more over time.